You are here: Home / Sports / Chiefs briefs: Watkins will be back. Kelce has a new backup 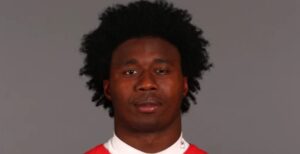 (Kansas City, MO) — Multiple-outlets report Sammy Watkins and the Chiefs have reached a restructured contract agreement to keep the wide receiver with the defending Super Bowl champions for 2020. Under the new contract, Watkins will have a base salary of seven-million dollars with a million-dollar signing bonus and could earn up to 16-million dollars with incentives, but allows the Chiefs an extra five-million dollars in salary cap space.

(Kansas City, MO) — Yahoo Sports is reporting the Chiefs and tight end Ricky Seals-Jones have agreed to a one-year contract. Seal-Jones played last season with the Browns and the prior two years with the Arizona Cardinals. Blake Bell, who was the Chiefs’ primary backup to Travis Kelce last season, signed last week with the Cowboys.

(Washington, DC) — President Donald Trump told league sports commissioners in a weekend conference call he is optimistic pro sports can return to having fans in the stands by August or September and is confident the NFL will kickoff its schedule as planned. “I can’t tell you a date, but I think it’s going to be sooner rather than later.” Trump said. Medical experts have not appraised whether that timespan is achievable as the United States copes with the coronavirus outbreak. Those on the call included the NFL’s Roger Goodell, MLB’s Rob Manfred, NBA’s Adam Silver, NHL’s Gary Bettman and the MLS’s Don Garber. “The commissioners thanked President Trump for his national leadership and for his interest in the sports industry,” the White House press pool released in a statement after the meeting.