Researchers at Washington University in St. Louis might have a treatment for the coronavirus. If successful, Jeffrey Henderson, an Associate Professor of Medicine, tells Missourinet a treatment could be available in a couple of weeks at the earliest. 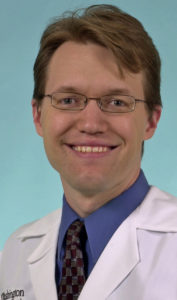 The approach would transfuse blood plasma from recovered coronavirus patients to ones who are seriously ill with the respiratory disease. He says the century-old technique has an advantage that pharmaceutical drug development does not.

Henderson hopes the technique will prevent many patients from getting very sick.

“The likely kind of patient that could receive this when it becomes available is one who is sick enough to be in the hospital but is not yet receiving mechanical ventilation,” says Henderson.

He says the treatment could also work to protect those on the front lines from potentially getting the virus, including health care workers.

If approved by the Food and Drug Administration, the university plans to roll out a website roughly next week for people to sign up as plasma donors in a clinical trial. Henderson is working with colleagues at the Mayo Clinic in Minnesota, Johns Hopkins University in Maryland and New York hospitals to launch trials there, along with Washington University. Other sites could join.

He says the goal is about 40 patients per site, but that will depend on plasma supply donated.

No federal funding is tied to the work.