NOAA forecasters predict widespread flooding this spring, but do not expect it to be as severe or prolonged overall as the historic floods in 2019. Major to moderate flooding is likely from the Northern Plains south to the Gulf Coast, with the most significant flood potential in parts of North Dakota, South Dakota and Minnesota.

NOAA’s Climate Prediction Center is forecasting above-average temperatures across the country this spring. 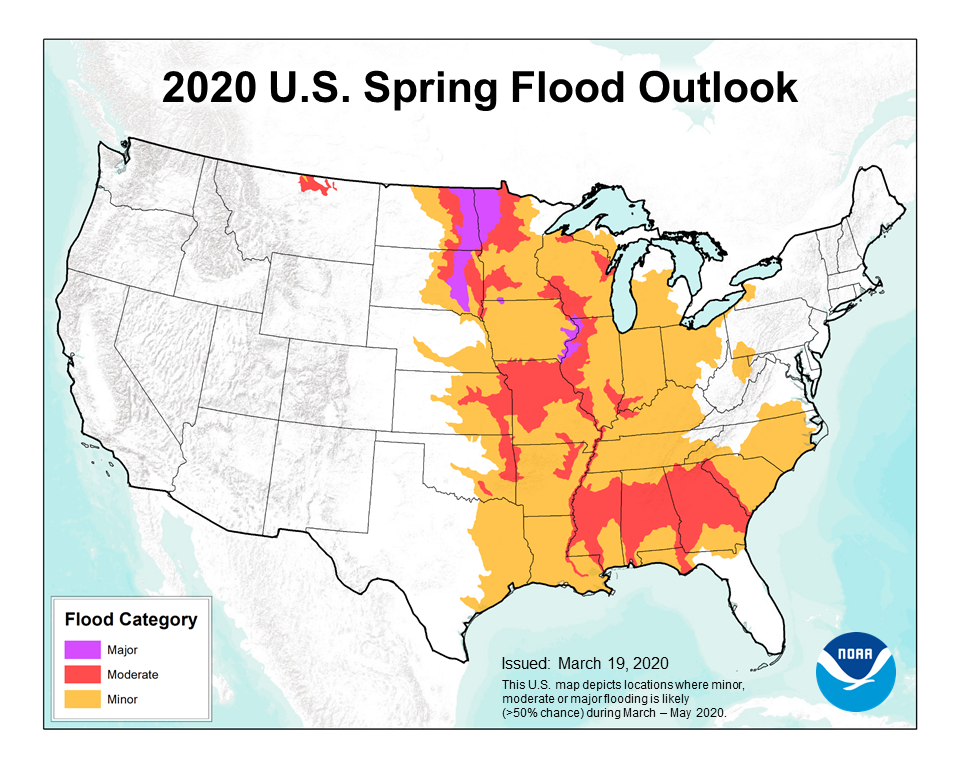 Kevin Low, a hydrologist with the Missouri Basin River Forecast Center, says this spring NOAA is anticipating minor to moderate flooding along the Missouri River from Nebraska City to the mouth of the river in St. Louis.

Warmer-than-average temperatures are most likely from coast to coast this Spring.