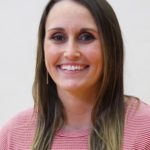 Two Missouri college assistant basketball coaches are on the WABC’s list of “30 Under 30.” The Women’s Basketball Coaches Association created the program to recognize 30 up-and-coming women’s basketball coaches age 30 and under at all levels of the game. Each honoree has exemplified their involvement in community service, mentorship and impact on others, professional manner, and attitude and professional association involvement.

Kenzie Kostas from Central Missouri and Olivia Applewhite of SLU made the list.

Kenzie Kostas completed her fourth year as an Assistant Women’s Basketball Coach in 2019-20 after serving a year as the Jennies Graduate Assistant Coach. Kostas works closely with the Jennies guards. In addition to her work with the team on the court, Kostas serves as the team’s operations coordinator, handling team travel arrangements, equipment orders and camp director. She has also taken on a bigger role in the scouting of opposing teams and recruiting. Kostas famously was the lead scout for the Ashland Eagles in the National Championship game, helping to implement an offensive and defensive game plan as the Jennies defeated the previously unbeaten Eagles 66-52 to win the second National Championship in team history. 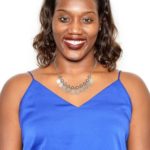 Now in her fourth year on the Saint Louis women’s basketball staff, Olivia Applewhite was elevated to assistant coach in May 2019. Applewhite previously served two seasons as director of operations/video coordinator and one season as a graduate assistant. Applewhite is no stranger to the Atlantic 10 Conference, having played four years at Dayton (2009-13). The Flyers posted records of 97-30 overall and 46-10 in the A-10 and made four NCAA Championship appearances during her career. Applewhite earned a master’s degree in student personnel administration at SLU in 2018. She is a 2013 graduate of Dayton with a bachelor’s degree in public relations and a minor in marketing.