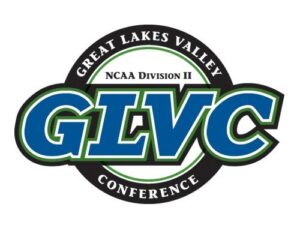 #3 Truman State 85, #6 Rockhurst 68
Truman led by just three at the half, 36-33, but left no doubt in the second frame by scoring 49 points to Rockhurst’s 35. Brodric Thomas and Cade McKnight both scored a game-high 23 points to pace Truman in its quarterfinal win over Rockhurst. Despite the Hawks holding an advantage in points off turnovers (14-5), second-chance points (8-0), and points in the paint (36-32), the Bulldogs shot better from the field, the three and the foul line.

#4 Southern Indiana 76, #5 Bellarmine 73
Fans were treated to an exciting finish to the quarterfinal round of action with a classic rivalry game that saw eight ties and 11 lead changes – all in the second half – and ultimately came down to the wire in the final minutes of play, as Southern Indiana hit a pair of free throws with 2-seconds left to take the three-point lead and followed with a blocked shot on the final three-point attempt by Bellarmine. Despite the Knights holding the wire-to-wire first-half lead, the Screaming Eagles were able to overcome 20 turnovers by shooting 53.2 percent from the field (25-for-47) and dominating the glass, 38-19, to produce a 19-5 advantage in second-chance points. Joe Laravie had a team-high 21 points for USI, while Parker Chitty – a player who has averaged 2.9 points per game this season – scored a game-high 27 points to lead Bellarmine.

Truman advances to Saturday’s semifinals at 8:30 p.m. CT where it will face Indianapolis, which defeated Southwest Baptist in the second quarterfinal on Thursday, 80-68. Before that, USI will face top-seeded Missouri-St. Louis at 6 p.m. after the Tritons defeated Drury in the first quarterfinal, 53-51. The championship game is scheduled for Sunday at 3:30 p.m.