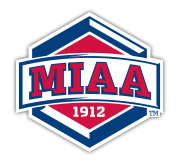 No. 4 Missouri Western 72, No. 5 Washburn 70
Missouri Western survived Washburn in the quarterfinal matchup of the 2020 MIAA Men’s Basketball Championship, 72-70. MWSU will advance to its first semifinal since 2010 after WU’s game-winning shot narrowly missed with only seconds remaining  The Griffons shot 42.2% from the field and 30% from behind the arc. Tyus Millhollin led all scorers with 21 points. Tyrell Carrol scored 19 points for the Griffons as Reese Glover added 12. Millhollin led the team in assists as well, with five. Beau Baker led MWSU with six rebounds.  Jalen Lewis led the Ichabods with 18 points, followed by Keven Biggs with 14, Drew Maschoff with 13, Tyler Geiman with 11, and Johnny Clausing with 10. Clausing added 14 rebounds to give himself a double-double on the game. Geiman had a game-high six assists.

The Griffons will play top-seeded Northwest Missouri tomorrow at 6 p.m.

No. 3 Missouri Southern 96, No. 6 Northeastern State 60
Missouri Southern cruised past Northeastern State winning its quarterfinal matchup 96-60. This is Missouri Southern’s first semifinal appearance since 2017. The Lions shot 50% from the field and 37.8% from behind the arc. Cam Martin had a game-high 24 points, followed by fellow Lions, Elijah Clark with 20 points and Kinzer Lambert with 17 points. Martin led the team with nine rebounds and Parker Jennings had a team-best six assists. The Riverhawks shot 40% from the field and 25.8% from behind the arc. Kendrick Thompson led the Riverhawks with 21 points, he was the only player in double figures for Northeastern State. Josh Ihek and Aaron Givens had a team-high six rebounds apiece.