You are here: Home / Sports / Central Missouri Baseball moves up to number 2 in the country 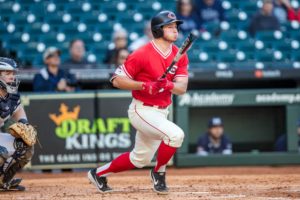 On the heels of a nine game winning streak, Central Missouri Mules Baseball finds themselves sitting No. 2 in the National Collegiate Baseball Writer’s Association top-25 poll.

The Mules moved up two spots from a week ago as they swept Rogers State in their MIAA opening series last weekend. With a win on Tuesday, The Mules are 15-3 to begin the year.

The biggest change in the top-25 is Catawba jumping up from No. 15 to No. 4. Angelo State remains ranked first and UC San Diego third. Tampa is fifth for the second straight week.

Central Missouri isn’t the only team in the top-25. Central Oklahoma moved up from receiving votes to No. 15. Missouri Southern is hanging on ranked 25th.

This weekend the Mules are on the road for the first time all season. They begin a seven-game road swing starting this weekend in Wichita, Kan. against another MIAA newcomer in Newman.