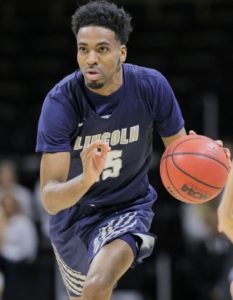 No. 9 Lincoln 78, No. 8 Central Oklahoma 69
The No. 9 seeded-Lincoln Blue Tigers defeated the No. 8 seeded-Central Oklahoma Bronchos, in the first round matchup of the 2020 MIAA Men’s Basketball Championship, 78-69. It is the sixth time that the No. 9 seed has won a game at the MIAA Tournament.

Lincoln may be the Blue Tigers, but they were red hot from the field shooting a blazing 56.8% from the field, including 52.9% from behind the arc. The Blue Tigers were led in scoring by Marcel Burton with 15, followed by Bansi King with 14 and Cameron Potts with 13. L’Kielynn Taylor led Lincoln with 12 rebounds and Marcus Cohen led the team with seven assists.

Lincoln will advance to the second round of the tournament and will play No. 1 seeded-Northwest Missouri State at 6 p.m. Thursday. The Bearcats eliminated the Blue Tigers in the semifinal game of the MIAA Tournament last season winning 86-69.

Kelsey Johnson led Central Oklahoma with 22 points, and was followed by Jaci Littell with 11 points. Johnson added 10 rebounds to give herself a double-double on the day. Shatoya Bronson had six steals for Central Oklahoma.

The Bearcats advance to the quarterfinals and will play Emporia State at 2:15 p.m. in Kansas City at Municipal Auditorium.