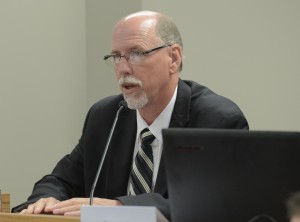 The Missouri House of Representatives has given initial approval to the formation of a task force about Alzheimer’s disease. State Representative David Wood, R-Versailles, is proposing to launch a 25-member panel to assess the current and future impact of Alzheimer’s disease on Missourians. The group would review the existing services and resources available to such patients and their caregivers. Members would also recommend how to respond to what Wood refers to as an escalating public health crisis.

The task force would be made up of state officials, representatives from the medical community, individuals with the disease and the caregiver, law enforcement, among others.

During floor debate Monday, Wood revealed that he has had 14 family members with dementia or Alzheimer’s disease. Rep. Barbara Washington, D-Kansas City, said she and family members travel weekly to Saline County to visit a loved one with the disease. 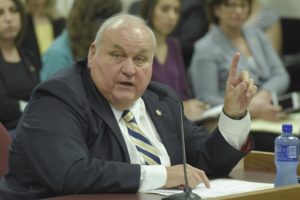 Representative Don Rone, R- Portageville, fought back tears as he proposed a requirement to have an Alzheimer’s support group in every Missouri county. Rone was successful in his amendment to the bill.

No one spoke in opposition to the proposal.

The measure, House Bill 1683, needs one more favorable vote to the head to the Senate for consideration.