(NASCAR)—A terrible crash just short of the finish line cast a pall over Denny Hamlin’s third Daytona 500 win in the last five years. Hamlin became only the third driver to win the race in consecutive years, and the sixth to win the race at least three times.

Hamlin was running third when Ryan Blaney, trying to push Ryan Newman to victory, turned Newman’s car into the wall. The car flipped onto its roof and was hit and flipped into the air by another car, sliding on its roof across the finish line. 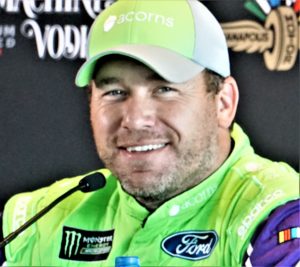 Rescue workers too several minutes to get Newman out of the car. He was immediately taken to a hospital where his injuries were described as serious but not life-threatening. Newman was credited with a ninth-place finish.

The race, normally 200 laps long, lasted an extra nine laps because of three crashes in the last twenty-two laps that took out most of the contenders and two red flags that stopped the race while the wrecks could be cleared from the track.

The race was rained out Sunday. It was the first race of the 2020 season for NASCAR. The teams run at Las Vegas next week.

(INDYCAR)—IndyCar’s last open tests before the start of its season provided all drivers their first chances to see how the Aeroscreen driver protection system works—in wet as well as dry racing conditions. Tests at the Circuit of the Americas near Austin, Texas let cars run in the rain and on a wet track. Another round of tests at the Texas Motor Speedway near Dallas allowed drivers to get the feel for the screen on a high-speed track.

Drivers (2020 Indianapolis 500 winner Simon Pagenaud, left) found the new system had no visibility problems, lessened cockpit buffeting caused by wind, and put them in an unaccustomed quiet racing environment. Some suggested some cockpit ventilation adjustments will need to be made when racing begins in warmer weather.

IndyCar’s first race of the year will be on the streets of St. Petersburg, Fla., March 15.

The Indianapolis Motor Speedway is getting a face lift for fans and a purse boost for the drivers for the Indianapolis 500 in May. Roger Penske bought the speedway and the IndyCar series from the Hulman-George family in the offseason.

This year’s Indianapolis 500 will have a $15 million dollar purse, the largest in its 104-year history. The engines will get a horsepower boost that could move qualifying speeds to their highest since Arie Luyendyk set the one and four lap records in 1996 at 236.986 mph hour for four laps with a fast lap at 239.260.

The speedway also is enhancing the fan experience with thirty additional large-screen televisions throughout the track, updated food and beverage sales areas and upgrades to 125 restrooms.