You are here: Home / Sports / Mizzou drops to 2-7 in conference play following loss at A & M 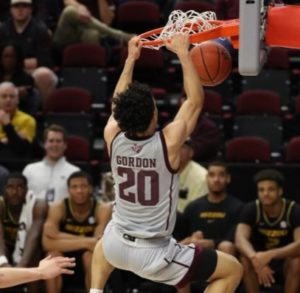 The Missouri Tigers scored just 18 first-half points – its season low for a half – in a 68-51 loss at Texas A & M on Tuesday night. The Aggies swept the season series. Mitchell Smith led Mizzou with nine points and matched his career-high with 11 rebounds, nearly securing his first career double-double. Sophomore Javon Pickett added seven points in just 12 minutes before fouling out. Jeremiah Tilmon, who had missed nine of the last 10 games with a foot injury, returned to the court for the first time since Jan. 4. He posted two points, four boards and an assist.

It was also another poor shooting night from long range as the Tigers went just 7-of-27.