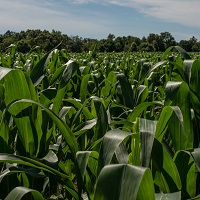 The Bill and Melinda Gates Foundation is making plans for a crop research center in the St. Louis metro area. In a press release, the Gates Ag One foundation says it intends to speed up efforts to give small farms in developing countries the tools and technology to lift them out of poverty and adapt to climate change effects.

Excerpts from the release:

“In two of the fastest growing regions of the world—sub-Saharan Africa, home to around 1 billion people, and South Asia, with a population of about 1.8 billion—approximately 60 percent of the population lives in rural areas that typically depend on smallholder agriculture for food and income. In sub-Saharan Africa, agriculture accounts for more than half of the region’s employment, and for South Asia it contributes about 40 percent. Yields on farms in these regions are already far below what farmers elsewhere in the world achieve, and climate change will make their crops even less productive,” the release says.

“Gates Ag One will collaborate with a diverse community of regional and international public- and private-sector partners, as well as interested governments, to enable the advancement of resilient, yield-enhancing seeds and traits globally and facilitate the introduction of those breakthroughs into specific crops essential to smallholder farmers, particularly in sub-Saharan Africa and South Asia,” it says.

The foundation is still in the early planning stages. A launch date for the center is unknown.