Neosho State Representative Ben Baker wants restrictions on content offered at Missouri’s libraries because he has a problem with drag queen story hours being held at them. St. Joseph and St. Louis Public Libraries have both held story times featuring people dressed in drag. Under Baker’s bill, public libraries could lose state funding and librarians could be fined or jailed for displaying age-inappropriate material. 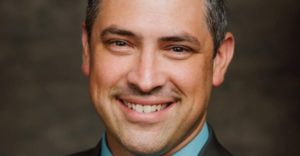 Tanner Rambo, who’s helping to plan a rally to protest the bill, says drag queen story hours are not the same as drag queen shows.

“Even on a cruise ship, a standup comedian does one show at 9 p.m. that’s accessible for everyone,” Rambo tells Missourinet affiliate KWOS in Jefferson City. “And then he or she does another show at midnight that’s only allowed to 18 and up. If you’re going to a nightclub in the middle of the night to see a show, chances are it’s adult-only content. Any kind of comment that these story hours are somehow involving nudity or in any way comparable to strippers, is just completely erroneous.”

Baker, a Republican, told the Kansas City Star that the story hours are a public safety issue because they have drawn child predators. Baker is a minister and the former dean of students at Ozark Bible Institute in Neosho.

The rally is planned for March 7 at the Missouri Capitol in Jefferson City.

Baker’s legislation, House Bill 2044, has not been assigned to a committee yet.