Thousands of Missourians are still waiting for their 2018 tax returns. State Auditor Nicole Galloway is blaming dysfunction in the Parson administration and at the State Revenue Department.

“Taxpayers deserve assurances that this dysfunction will not carry over into another tax year. Missourians rely on their refunds to pay bills and afford necessities. They are tired of excuses,” Galloway says in a written statement.

Gov. Mike Parson tells Missourinet affiliate KSSZ in Columbia that his administration is aware some Missourians still have not gotten their returns. But he says the small number of taxpayers waiting mostly filed for extensions in October, or have issues with their taxes. 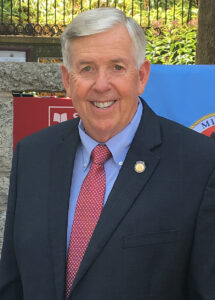 “There’s nobody trying to hold up tax returns here in the state of Missouri,” says Parson. “For us, it makes no sense to do that. We want to get it out so we can clear up the books and go to the next side.”

“We’ve been watching that issue,” says Parson. “But, she’s been pounding that drum for a long time and I just think she’s off beat.”

Galloway is running against him for governor this year.

Brad Tregnago of Missourinet affiliate KSSZ in Columbia contributed to this story.