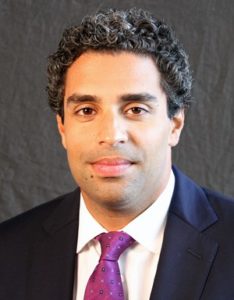 Mizzou Head Football Coach Eliah Drinkwitz has added offensive assistant coach Bush Hamdan to his new staff. Hamdan comes to Mizzou after spending four of the last five seasons on very successful teams at the University of Washington, with a one-year stint with the NFL’s Atlanta Falcons in the middle.

For the past two seasons, Hamdan served as the Huskies’ offensive coordinator and quarterbacks coach for Coach Chris Petersen, who he was a quarterback for in his playing days at Boise State (2004-08). He first started working on Petersen’s Washington staff in 2015 as an offensive quality control assistant, and was promoted the following season to wide receivers coach and pass game coordinator. The Huskies won a pair of Pac 12 Conference championships during his tenure in Seattle (2016, 2018) and reached the College Football Playoff in 2016.

During the 2016 season, Hamdan coached the prolific wide out duo of John Ross III and Dante Pettis, who set a Pac 12 record with a combined 32 receiving touchdowns. Ross earned All-America honors and later was taken as the No. 9 overall pick in the 2017 NFL Draft, while Pettis went in the second round.

“I had the fortune of working with Coach Drink at Arkansas State and I knew then that he was going to be a rising star in the business,” said Hamdan. “I’ve got such a great amount of respect for him and how he operates, I’m 100 percent on board with his vision. I’m very excited and grateful for the opportunity to help him build something special at Mizzou, and I can’t wait to get started.”