The U.S. House has passed the long-awaited trade deal with Canada and Mexico. The state’s Republican House members, along with Kansas City Democrat Emanuel Cleaver, voted for the agreement and St. Louis Democrat Lacy Clay opposed it. 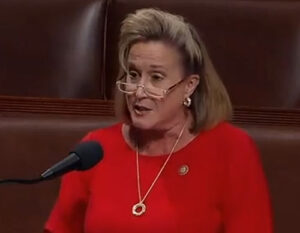 On the House floor, eastern Missouri Republican Ann Wagner gives some love to the St. Louis area for its work in the future of agriculture.

“It’s the first time that a U.S. trade agreement is specifically addressing biotech and the St. Louis region is the Silicon Valley for ag tech,” she says.

Wagner was able to include a piece in the agreement to address one of her priorities.

“I worked with Ambassador Lighthizer to guarantee that the USMCA holds my Fight Online Sex Trafficking Act, FOSTA, to stop online sex trafficking here at home and now throughout North America,” says Wagner.

The deal would also increase U.S. access to Canadian dairy markets, labor enforcement measures and include new chapters on digital trade and e-commerce.

Congressman Clay does not think the labor tools included go far it.

“Just like the original NAFTA, which was a slap in the face to working Americans, NAFTA 2.0 is a deeply-flawed agreement that fails to protect key skilled manufacturing sectors like aerospace and automobiles from even more foreign outsourcing of good jobs. NAFTA 2.0 fails to provide the improvements that we were promised, including: Raising labor standards to livable wages in all signatory nations; guaranteeing the Right to Organize; and protecting human rights,” he says. “This is a bad deal for American workers and for their counterparts in Mexico and Canada. We can and we must do more to protect American jobs and to lift up the lives of workers across North America as well.”

The Senate is not expected to consider the deal until January.