Congress has passed a bill that would give funding to states to help them catch up on their stacks of untested DNA samples, including rape kits. Missouri U.S. Senator Josh Hawley co-sponsored the legislation. 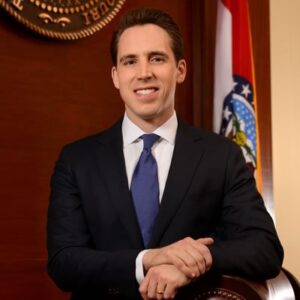 “It is completely unacceptable that survivors of this horrendous crime who voluntarily undergo the often invasive, certainly very difficult effort of getting a rape kit completed, would then have those kits not tested and not used. As a consequence, their attackers or perpetrators would go unprosecuted,” says Hawley. “Too many criminals in many other states continue to walk the streets because of the huge backlog nationally of untested DNA rape kits. This legislation is a crucial part of making sure that those kits get tested, that these cases are solved, that perpetrators are prosecuted and that criminals are finally sent to prison.”

While Attorney General of Missouri, Hawley conducted a statewide audit of rape kits and found more than 5,000 of them had not been tested yet. Last month, Missouri Attorney General Eric Schmitt released an updated count of nearly 7,000 rape kits with about 6,100 of those not being untested. Through their efforts, Missouri has received federal funding to set up a tracking system for the backlog and to get the kits tested.

“I am thrilled that the Debbie Smith Reauthorization ¬¬Act has finally passed the Senate,” Wagner says in a press release. “Survivors of sexual assault have looked to us for leadership since this critical DNA testing program was allowed to lapse in September. Now that the Debbie Smith Act is being reauthorized, our communities can better identify and prosecute violent predators and find justice for the survivors who have bravely come forward to pursue their attackers. Alongside sexual assault survivors, I have been whipping my colleagues and Senators in a push to get this done ever since we introduced this legislation. While these vital programs should never have been allowed to lapse at all, I am pleased that our continued efforts to get this legislation over the finish line worked, and I look forward to President Trump signing it into law.”

The legislation is headed to President Trump for consideration.