You are here: Home / Weather / MoDOT crews getting roads back to near normal conditions after winter storms

The State Transportation Department had about 3,000 snow plow and sand truck drivers out on Missouri roads during Sunday’s and Monday’s winter storms. MoDOT Deputy Director Ed Hassinger says the storm was tough to battle because the snow, ice and rain kept coming down throughout most of Missouri. 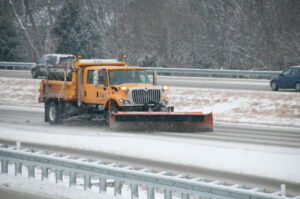 The department is adding up how much the latest storms cost.

Hassinger says the department spends an annual average of $45 million on snow removal. Last year, was not an average winter – MoDOT spent about $65 million.