You are here: Home / Education / State crafts plan aimed at boosting Missouri teacher pay and keeping them around 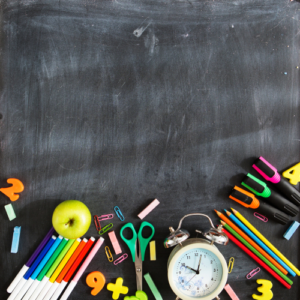 The last time Missouri changed its minimum teacher salary was in 2005. Paul Katnik, assistant commissioner of the Missouri Department of Elementary and Secondary Education’s Office of Educator Quality, tells Missourinet the top reason for teachers jumping ship is low pay.

“Teachers, like all the rest of us have to pay bills,” says Katnik. “When you can look at a situation where a teacher with two kids would have to have them on both free and reduced lunch because the salary doesn’t cover them enough not to be, that really begs the question are we adequately compensating them.”

He says teacher workforce trends have pointed in a troubling direction for at least the past four years.

“We just have this shrinking pool, and less coming into the pool, too many people leaving the profession, and we were also beginning to see this lack of interest in being in the profession among younger kids,” he says.

Katnik says about 50% of Missouri teachers have less than 10 years of experience. School districts hire new teachers at a rate of about 11% annually – a rate that Katnik says is higher than the department wants it to be.

Missouri’s average teacher salary is about $42,000.

“That puts us somewhere around 42nd in the country,” says Katnik. “Then we studied average starting salary and we were 49th.”

“I would like to tell you that the proposal is going to put us ahead of our border states. It really just catches us up to them,” says Katnik.

The studies do not factor in retirement benefits. Katnik says Missouri’s retirement system is healthier than some other states, but even including the benefits does not make the pay comparable.

“When you think about 20 to 25-year-olds who we’re attracting to the profession, retirement benefits didn’t hold a lot of sway for me. It was the size of the paycheck that did it,” he says.

Other states have taken an approach of filling teacher positions by lowering qualifications, but not in Missouri.

“I think we’ve put most of our efforts into trying to come up with alternative routes that maintain the rigor that we need of people,” says Katnik. “I just think our decision is been that we’re not helping the situation if we get in more people but they’re not ready. We haven’t helped districts very much. We spend a lot of time with that little balancing act.”

The plan also calls for creating a $75 million fund to attract teachers toward high-need jobs, like in small, rural Missouri communities and very poor areas.

“As soon as you get out 75 miles or so from a major kind of city of some kind, you’re rural and you’re going to struggle more,” says Katnik. “The deeply urban parts struggle as well.”

Katnik could not say when the proposal would be ready for state board and legislative consideration.