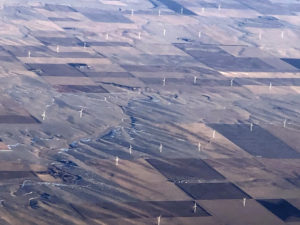 The Missouri Court of Appeals Eastern District ruled in favor of the multi-state power lines, rejecting the argument of landowners and the Missouri Farm Bureau, who appealed state Public Service Commission’s deeming the Grain Belt to be in the public interest and allowing the use of eminent domain to run power lines across private property. In its decision, the PSC stated “There can be no debate that our energy future will require more diversity in energy resources, particularly renewable resources,” said the Commission. “We are witnessing a worldwide, long-term and comprehensive movement towards renewable energy in general and wind energy specifically. Wind energy provides great promise as a source for affordable, reliable, safe and environmentally friendly energy. The Grain Belt Project will facilitate this movement in Missouri, will thereby benefit Missouri citizens, and is, therefore, in the public interest.”

The appellate court agreed, saying “Grain Belt’s project will serve the public use, and Grain Belt qualifies as a public utility.”

The project is owned by Chicago-based Invenergy. The company plans to run wind-generated energy from Kansas through Missouri and into Eastern states. It has also promised an estimated $9.5-$11 million in annual savings for customers of the Missouri Joint Municipal Electric Utility Commission, which will receive up to 250 MW of capacity from the project.  Read more from Missourinet.

“We vigorously disagree with the court’s ruling upholding the Public Service Commission’s decision authorizing the use of eminent domain for the Grain Belt Express merchant transmission line. Grain Belt Express is not a public utility. Investors who want to negotiate rates privately and enter into contracts to sell electricity to the highest bidders should not be able to condemn land in order to build their dream project. Contrary to the court’s assertion, the Missouri Supreme Court has not suggested otherwise.”

Missouri House leaders tried to block the project in 2019, but the bill died in a Senate filibuster.