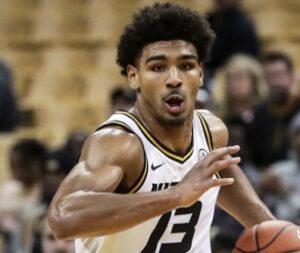 Junior Mark Smith started the second half with back-to-back buckets, including a three-pointer as part of an 18-2 run that spanned the two halves as the Missouri Tigers topped Morehead State 70-52 at Mizzou Arena on Wednesday night. Smith led Mizzou with 21 points, shooting 7-of-9 from the field.

The Tigers are now 4-1 for the first time since the 2017-18 season, and have won at least four of their opening five games in six of the previous 10 seasons. Mizzou handed Morehead State (4-1) its first loss of the season, while extending the all-time series lead to 3-0.

The Tigers jumped out to a 14-4 lead then suddenly went cold from the three-point range, making just 2 of 14 shots beyond the arc in the first half as Morehead State made a game of it until a 9-0 surge to end the half put Mizzou up 36-29 at the break. After scoring 16 against Wofford on Monday, Missouri forward Jeremiah Tilmon had just five points and accounted for five of the team’s 17 turnovers against Morehead State.

The Tigers head to Kansas City for a Hall of Fame Classic game against Butler on Monday.