The state attorney general’s office has completed its count of rape kits that have sat in labs and on shelves, untested for decades. View full report (66 pages)

With the help of a federal grant, Missouri Attorney General Eric Schmitt appointed a task force that has worked since February, led by Judge M. Keithley Williams. The survey was divided into six geographic regions, with the larger, more rural regions being completed first. 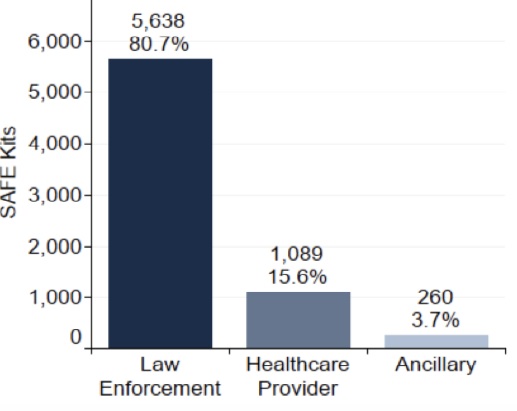 The inventory resulted in 6,987 sexual assault kits. 6,157 of those kits were untested. Of the untested kits, 4,438 were reported, meaning they had a police report to go along with them, and 1,719 were unreported, without an accompanying police report. Additionally, 830 of the kits discovered were previously partially tested.

The U.S. Bureau of Justice Assistance provided a $2.8 million dollar grant, with the initial $700,000 going toward the inventory. The remaining will be used for testing, but it will not pay for all of the outstanding kits to be tested.

“The initial testing of 1250 kits gets us much further down the road with the existing grant dollars we have now, but ultimately to test all the kits we want to test, there will be additional dollars sought,” Schmitt told Missourinet.

It takes about a thousand dollars to test each rape kit.

Schmitt says the state will now create a way to store and track the kits from now on.

“There really hasn’t been a way for victims or law enforcement to track where these kits are ultimately at. So the purpose of the tracking system is to get an infrastructure set up so that we are not reinventing the wheel every five or ten years, that we have something that people can rely on and as those kits move through the process and ultimately get tested, people can track it,” he said.

Schmitt will meet with advisors tomorrow/Thursday to begin plans for the tracking system.