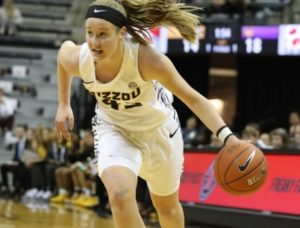 Mizzou shot 51% through the first three quarters including 9-of-16 from three-point range, but in the fourth the Tigers went cold hitting just 1-of-4 from three in the final ten minutes and just four field goals the entire quarter. The Tigers turned the ball over 16-times.

Mizzou heads on the road for the first time this season, heading to Green Bay to take on the Phoenix on Saturday, Nov. 16. It will be the first of two straight road contests for the Tigers. Tipoff is scheduled for 1:00 p.m. CT