You are here: Home / Entertainment / Tornado-damaged Missouri prison gets 4,000 tourists in October 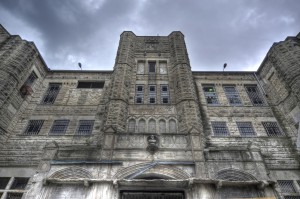 Missouri State Penitentiary was once the largest prison in the state, with more than 5,300 inmates in the 1930s. (Photo courtesy: Missouri Division of Tourism)

Tours were put on hold for about four months because of a tornado in May damaging parts of the prison. October was the opening month of ghost and history tours since the break and can be a popular time for Halloween fans to visit.

Modified tours are being offered since the EF-3 tornado struck parts of the prison. They include access to housing units one and three and the old gas chamber, where 40 Missouri inmates were executed between 1937 and 1989. MSP, which was known as the “Bloodiest 47 Acres in the United States”, housed high-profile inmates like James Earl Ray and boxer Sonny Liston.

Brittney Mormann with the Jefferson City Convention and Visitors Bureau tells Missourinet the CVB has lost $308,000 in revenue during the time that tours were not offered.