You are here: Home / Business / Ford to pump $400 million into Kansas City plant 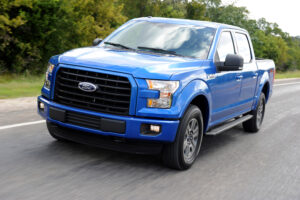 Ford plans to devote $6 billion toward its manufacturing plants, including $400 million at the Claycomo assembly plant near Kansas City. The decision is in response to negotiations with the United Autoworkers Union. A 40-day nationwide strike by General Motors led to deals between the UAW and other auto manufacturers.

Ford’s move is expected to create more than 8,000 jobs, but Kansas City’s slice is unknown. Media reports say the Kansas City investment will go toward the production of an all-new F-150 pickup.

The Claycomo plant, which opened in 1951, currently has about 7,250 employees.