NASCAR’s championship chase gets a second guaranteed contender. Formula 1 comes to the United States to crown its champion.

(NASCAR)—Kevin Harvick’s win at Texas has guaranteed him a place in the four-driver runoff for the Cup championship in two weeks. 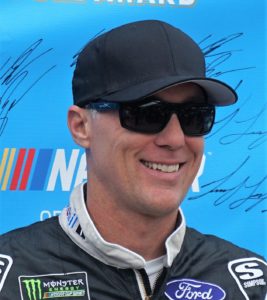 Harvick got past Kyle Busch with 21 laps left and beat Aric Almirola to the line by 1.6 seconds. Busch dropped to third giving Stewart-Haas Racing its second 1-2-3 finish in team history.

Next weekend’s race at Phoenix will decide which two drivers join Harvick and last week’s winner, Martin Truex, Jr., in the championship race. Busch and defending champion Joey Logano are in good but not secure shape heading into the next race.

Logano is fourth. Twenty points behind him is Denny Hamlin, whose five wins this year are the second-most (Truex has seven). Hamlin went into the race at Texas second in points but hit the wall on the eightieth lap, so badly damaging his car that he lost two laps while repairs were made. He struggled home 28th in the race and, barring similar misfortune befalling Logano or Busch, need to win at Phoenix to make the final four.

Also needing a win next week to get into the final four is Ryan Blaney, who joins Kyle Larson being 23 points below the cut line. Blaney finished a struggling eighth at Texas.

Chase Elliott, favorite of many at the start of this round, had a disastrous day at the track again, his car going into the wall on the ninth lap. A string of poor finishes in this round has left him 78 points back. Only a win can advance him.

Clint Bowyer, who dropped out of the chase after the second round, started 24th, forged into the lead for 36 laps and was second in one of the race segments, wound up 11th.

(FORMULA 1)—Lewis Hamilton finished second in the race at the Circuit of the Americas near Austin, Texas, but that was good enough to lock down his sixth F1 championship, leaving him one behind Michael Schumacher, who holds the record.

Hamilton started fifth but was third within a few turns.

(INDYCAR)—James Hinchcliffe, one of the most popular drivers on the IndyCar circuit, learned this week there is no longer any room for him at his old team since McLaren became a partner of Arrow-Schmidt-Peterson Motorsports. The team picked up a dominant partner when McLaren took it over earlier. 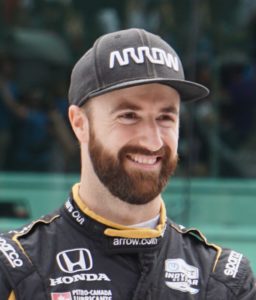 Hinchcliffe appears likely to land a top-tier job elsewhere and Chip Ganassi Racing is making the most noise about wanting him to hang his helmet there. Ganassi says the only thing in the way of a full-year ride for Hinchcliffe is sponsorship. Ganassi had been planning on a two-car effort this year but recently added a third car for Marcus Ericcson, who was cut loose from Arrow Schmidt-Peterson earlier.