The Missouri Hyperloop would take travelers or cargo from Kansas City to St. Louis in 30 minutes.

Senate Majority Leader Caleb Rowden from Columbia says would this be the biggest transportation project for the state in 100 years.

“When you do have an opportunity like this and you bring every aspect of public and private and research institutions, in and out of state who recognize what we’re doing and the importance of it, it’d probably the coolest thing I’ll be a part of during my time in the Legislature,” he told Missourinet.

A specially-appointed task force studied the opportunities and benefits for the state to partner with private company Virgin Hyperloop to build the test track. Missouri is competing with Texas, Ohio, and North Carolina for the Virgin Hyperloop project in the U.S.

State House Speaker Elijah Haahr, a Republican from Springfield, is all-in on this project. He says Missouri has been first to meet all project deadlines. 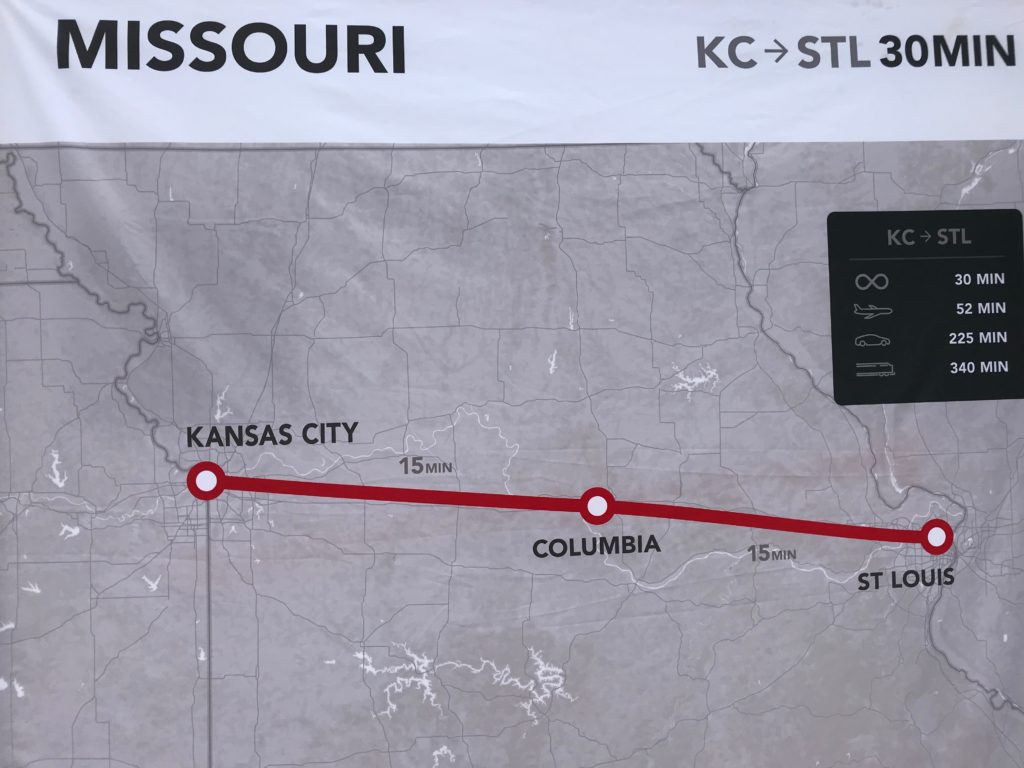 “Once a certification track is built, 12 miles or however long it might be, the first full-length track will be built off of that. So, getting the first certification track means getting the full track. If we build a route in Missouri that goes St. Louis to Kansas City, then we can go west to Denver an hour, we can go up to Chicago, we can go north to Minneapolis or south to Atlanta. Being first matters significantly,” Haahr said.

Haahr will have to convince fellow lawmakers to spend on this when there was a fight over transportation funding this past year. The test track could cost up to $300 million to $500 million with the goal of building a test track site in one to two years. Haahr says he believes private funding is there.

“This project we believe will eventually pay for itself many times over again. There is a lot of private funds which can be leveraged, both from Virgin, who have a lot of investors but also in Missouri. A lot of people here recognize the value in transportation, the value in moving freight and people are willing to make a significant commitment to do that.

Obviously there’ll be some state and local funding component, but at this point, without having seen the RFP, we don’t know what that will look like,” Haahr said.

Virgin Hyperloop is expected to issue a request for proposals by the end of the year.

Haahr says in the coming session lawmakers will need to refine laws about public-private partnerships and review transportation easement regulations and laws.

Lt Governor Mike Kehoe chairs the Missouri project study group says he has been convinced of the value of the hyperloop, despite existing transportation needs.

“I kind of don’t want Missouri to be the stagecoach builder of the 1840’s, when they said ‘We’re going to build a railroad from New York to California’ and the stagecoach builder said, ‘That will never happen, we’re going to keep building stagecoaches.'” Kehoe said to the Columbia gathering. “It doesn’t mean you can’t take care of your existing system, which we intend to do and I know the Speaker and others intend to do that. But you do want to be on the forefront of where we’re going.”