The fate on Missouri’s only abortion clinic is the subject of a hearing this week. The state’s Administrative Hearing Commission began hearing arguments Monday about whether the St. Louis Planned Parenthood can keep its abortion license. The state has refused to renew the clinic’s license to perform abortions, citing concerns that include failed abortions. 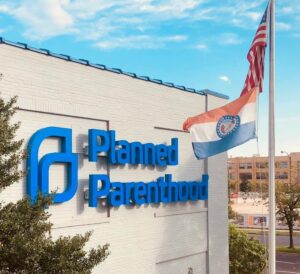 “Any time you have a procedure, there’s things that can maybe not work out correctly,” says Eisenberg. “We know that sometimes you can’t have a continuing pregnancy, despite everything having been done right, despite our physicians having practiced the highest quality medicine and said to the patient everything is our pathology lab having told us everything is fine.”

“Abortion is some of the safest medicine practiced,” says Eisenberg. “Reproductive health services is still here – we are still providing abortion care and we will continue to do so. When there are politically-driven attacks against women having access to care, we will stand up and fight back.”

Meanwhile, abortion opponents held a demonstration outside of Planned Parenthood during the hearings. Lisa Stricker of St. Patrick’s Catholic Church in Wentzville gave her thoughts about failed abortions.

“A dear friend of mine just recently she had an abortion,” says Strickland. I couldn’t take her out of it but long story short, she’s had nothing but complications since and this is just in the last two months. Well, she now has to have a total hysterectomy.”
*
Strickland said her friend’s abortion was not performed at Planned Parenthood.

Mary Bartolotta, of St. Patrick’s Catholic Church in Wentzville shared her thoughts on the issue.

“I really believe strongly that it’s not about taking away a woman’s right to choose,” says Bartolotta. “It’s about helping women with other alternatives. I love what the sign says – Pro-woman, Pro-choice, Pro-life. I think abortions do nothing but hurt women and babies of course.”

The church and other churches are holding a 40-day prayer event about this case.

The hearing is expected to last five days and a ruling is not expected until at least February.