The St. Joseph City Council in northwest Missouri has unanimously approved a ban on vaping in public places. The ordinance follows the city ban on smoking cigarettes indoors. 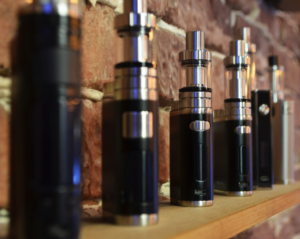 St. Joseph Health Director Debra Bradley acknowledges that electronic cigarettes have helped some people to quit smoking but says concerns have grown recently about the draw vaping has for young people.

Bradley told Missourinet affiliate KFEQ in St. Joseph that since e-cigarettes have only been around for a little more than a decade, there are no long-term studies yet on the impacts of vaping or secondhand effects. But Bradley says the city wants to be extra cautious rather than not cautious enough.

As of October 15, 23 vaping-related illnesses and one vaping related death have been reported in Missouri. About 70% of Missouri’s cases involve the use of THC and illegal vaping cartridges.

Brent Martin of Missourinet affiliate KFEQ in St. Joseph contributed to this story