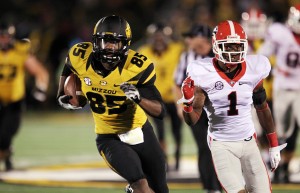 The new XFL wrapped up their two day draft and seven former Missouri Tigers were drafted into the new league that will begin play in February 2020. The Southeastern Conference had a total of 79 former players selected with at least one player from each of the 14 institutions being picked. However, Mizzou ended up with the third most of an SEC only trailing Auburn (13) and Ole Miss (8)