(NASCAR)—Because the headlights on NASCAR race cars are just decals, drivers don’t race much after sundown. NASCAR took a look at a soggy race track, checked the clock, and decided the 2.66 miles of asphalt at Talladega could not be dried soon enough after an early-race downpour, and decided to finish things on Monday.

Talladega does not have lights for night racing.

William Byron, who had just one the first stage of the race, will lead the re-start at 1 p.m., our time, with action resuming on the 58th of 188 laps. 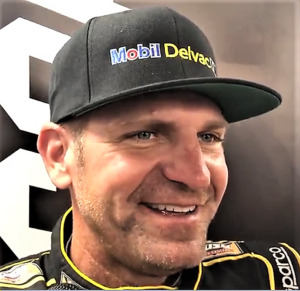 The day started as a milestone for our sometime-Missourian Clint Bowyer, who became the 44th driver in Cup history to start 500 races. He’s sixth on the list of active drivers (Kurt Busch leads with 679 starts; Richard Petty holds the record with 1184.). “It’s something to be proud of,” Bowyer said. “You staying relevant enough to stay in equipment for that long…something any driver, any individual has been in a sport that long, that’s a long time to be in a professional sport.”   Bowyer made his first Cup start in 2005 and joined the circuit full-time in 2006. 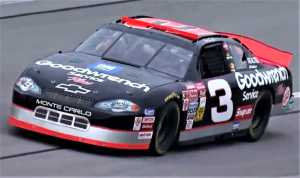 The appearance of an old racing car lapping the track before the race triggered some emotions for thousands of fans and several race participants. Team owner Richard Childress took to the rack in the car Dale Earnhardt drove to his 76th and final Cup victory on October 15, 2000 at Talladega   The car has been in the Childress museum since that day. It’s the car Earnhardt drove from 18th to first in the last four laps of the race. He was killed at the Daytona 500, the first race of the next year.

(INDYCAR)—The Aeroscreen that will protect IndyCar drivers next year has passed its second round of testing. 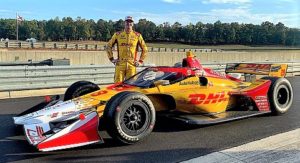 Ryan Hunter-Reay, the 2014 Indianapolis 500 champion, was tested the screen on the road course at Barber Motorsport Park and found no visibility problems but said some tinkering might be needed for cockpit air flow. But tinkering with some vents has pointed the way to a solution. He called the Aeroscreen “a giant step” in driver protection.

(FORMULA 1)—Formula 1 wants to know why the Grand Prix of Japan was ended one lap too soon. It’s the second time in two years a race in F1 has been ended early. The 2018 Canadian Grand Prix was flagged two laps short of the intended distance.

Valterri Bottas was in front when the checkered flag light came on, getting his first win since April. The victory also clinched the manufacturer’s championship for Mercedes. Bottas passed both Ferraris that started ahead of him by the first corner and never game up the lead. Ferrari’s Sebastian Vettel finished 13 seconds behind Bottas and Bottas’ teammate, Lewis Hamilton, came home third, half a second behind Vettel.