You are here: Home / Sports / Cardinals shut out in NLCS game 1 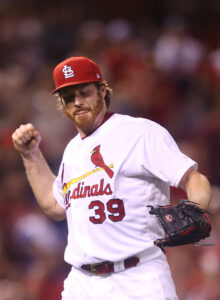 Anibal Sanchez threw seven-and-two-thirds of one-hit baseball as the Nationals beat the Cardinals 2-0 in Game One of the National League Championship Series in St. Louis.

Howie Kendrick knocked in a run in the seventh and scored on a Yan Gomes double in the second.

Sean Doolittle nailed down the final inning and a third for the Nats for the save.

Miles Mikolas gave up a run on seven hits while striking out seven over six for St. Louis.

Pinch hitter Jose Martinez hit a ball into center with two-strikes to break up the no-hitter in the eighth.