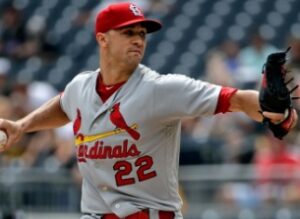 Mike Foltynewicz and two relievers combined on a six-hitter as the Braves blanked the Cardinals 3-0 in Game Two of their NL Division Series in Atlanta.

He struck out seven while allowing just three hits and no walks over seven innings for the win.

Max Fried and Mark Melancon worked an inning each, with Melancon getting the save. Josh Donaldson singled in a run in the first and Adam Duvall hit a two-run pinch-homer in the seventh.

Jack Flaherty took the loss. The series is tied at one. St. Louis hosts Game Three on Sunday.