A southeast Missouri company – once hanging on by a nail – is growing again. Mid Continent Steel and Wire in Poplar Bluff had about 300 employees in March. Today, it has roughly 420 workers pounding out nails. 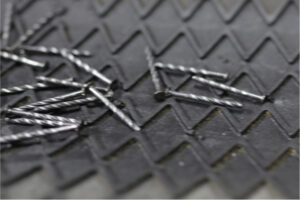 Mid Continent – the largest nail supplier in the U.S. – waited more than nine months to get the federal government to waive an extra 25% tariff on steel it imports from its company in Mexico. It slashed about 200 jobs last year because it was losing so much business to foreign businesses that could sell cheaper nails.

Operations Manager Chris Pratt tells Missourinet the factory hopes to have close to 500 workers by the end of this year.

“We’re seeing business coming back to us and a good economy is going to help us bring that back. We plan on growing even more,” he says. “We take pride in being able to provide those jobs to those people and for them to be able to provide for their families. It was heartbreaking to see 200 jobs lost over something that was an unintended consequence.”

Pratt says about 80% of the company’s sales have returned and he hopes sales are fully restored early next year.

Most of the new workers were not previous employees.

“You have to think about it – those 200 people had to go and find other jobs. One of the worst things about it is when something like that happens, they lose confidence in your company. They lose confidence in your ability to provide them with a job that’s going to provide for their families. They’re a little gun shy about coming back to a company that was on the brink of extinction. We have hired some people back but a lot of them are newbies.”

The factory launched in 1987 and is the seventh-largest employer in Poplar Bluff, according to the Greater Poplar Bluff Area Chamber of Commerce. It’s the town’s third-largest manufacturer.