In an Op-Ed recently published in The Washington Post and The Kansas City Star, Chris Birk, Director of Education for Veterans United Home Loans warns that a recent hike in mortgage fees and another bill to extend that increase will “make it more difficult and even riskier for some Veterans to get a VA loan.”

The Blue Water Navy Vietnam Veterans Act became law in June and H.R. 3504 passed the U.S. House by voice vote and is awaiting a Senate committee hearing. Missourinet has been contacting members of the state’s congressional delegation about their stance on the latest bill; so far there have been no responses. Congresswoman Vicky Hartzler’s communications director on Aug. 28, “We are looking into this now.” 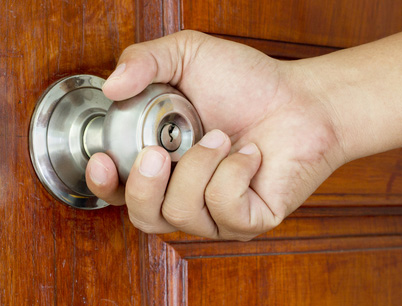 Both measures are designed to provide fellow veterans with hard-earned support and benefits, but Birk argues, “Extending these fees would force VA borrowers to pay more than $750 million to use their home loan benefit over the next seven years, with most of that money going to programs that have nothing to do with housing. The Congressional Budget Office projects the two bills will produce a combined $160 million government windfall.”

The fee revenue is there for the government to repay lenders and recoup losses if veterans default on their loans, but that rarely happens. A Mortgage Bankers Association’s National Delinquency Survey this year shows that veterans using VA loans have the lowest foreclosure rate in the United States.

“Duty and order and obligation are so ingrained in military borrowers and the VA does such a tremendous job in helping to service these loans and keep veterans in their homes, that more money comes into those coffers than goes out in those claims losses. This is a well that Congress has come back to time and again and we see a pattern emerge over time where this fee, which is enshrined in law, is raised for a certain number of years with the proviso that it will be pulled back,” Birk says.

With the possibility of rising interest rates and seven years of increased fees, Veterans United commissioned an independent study to gauge those impacts on future borrowing.

The researchers summarized, “A rising rate environment coupled with continued increases of the VA Funding Fee would hurt waves of military buyers and communities that depend on the economic impacts of housing. As many as 365,000 Veterans and military families would be priced out of using their home loan benefit if rates and fees keep rising.”

Birk posits that VA benefits of all types should not be subject to Congress’s “pay-as-you-go” budget rules:

“They’re paying it to make sure their brothers and sisters are taken care of, are getting the benefits and care that they deserve. Asking those tough questions about should we be funding veterans benefits on the backs of other veterans, how do we approach expanding care are paying for them — are important questions that we need to be asking. I think we lose sight of that slippery slope we’ve been on now for more than a decade.”