(NASCAR)—-Kevin Harvick won his second Brickyard 400 at the historic Indianapolis Motor Speedway but the drama of the race was behind him where Clint Bowyer hoped to cling to his playoff spot with three other drivers hoping to race past him. 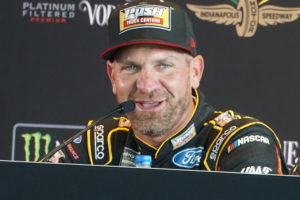 Bowyer, who sometimes likes to unwind at the Lake of the Ozarks where he has a place, said before the race he needed another single-digit finish—-and he got it, coming home fifth in a hotly-contested but tightly-fought race. He avoided trouble on pit lane early, dodged a big bullet when he slipped past a crashing Alex Bowman with a dozen laps to go, and finished ahead of challengers Ryan Newman, Daniel Suarez, and Jimmie Johnson.

Suarez damaged he right side of his car in an early brush with the wall and finished 11th.  Newman finished eighth and Johnson crashed out of the race at the two-thirds mark, ending a sixteen-year streak of making the playoffs. 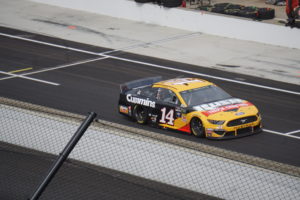 The playoff field will be cut from sixteen to twelve after three races, to eight after three more, and to for finalists after the ninth race. Whoever has the highest finish in the final race is the champion.

(FORMULA 1)—Charles Leclerc defended Ferrari’s home-country honor by winning the Grand Prix of Italy by almost a second over Mercedes driver Valtterri Bottas.  But Mercedes officials were not happy with his tactics.

(INDYCAR)—Indycar was idle this week and will finish its season in two weeks.