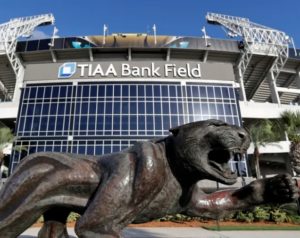 The Chiefs utilized Tremon Smith as a running back and wide receiver during training camp, but on the depth chart for the season opener he is listed as a cornerback, which is where he played as a rookie. He is also a kick returner. Andrew Wylie is listed as the starting left guard after Cam Erving started there in the third preseason game.

The Chiefs kick off the season Sunday in Jacksonville, but there are concerns about Hurricane Dorian, which has forced the Jaguars to cancel two practices this week. The Jaguars have altered their practice schedule in advance of Sunday’s opener. The Jaguars practiced Monday and will not practice Tuesday or Wednesday. They are scheduled to return to practice Thursday – weather and safety permitting.

If Chiefs fans are hoping the weather delays will give the Chiefs an advantage, think again. Jacksonville Head Coach Doug Marrone says most of the prep work is done for the Chiefs.

“Not to say there’s ever a good time, but obviously in the beginning [of the season] you have a chance to have more done than if something happened during the middle of the season,” he said.

The Chiefs beat the Jaguars in Kansas City last season, 30-14 in week 5. Patrick Mahomes was 22-of-38 for 313 yards, but didn’t throw any touchdowns and got picked off twice. It was the only game of the season that Mahomes did not throw a touchdown pass.