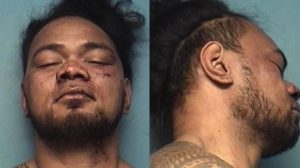 Former Kansas City Chiefs player Junior Siavii, whose real first name is Saousoalii, was tasered twice for resisting arrest with officers and has been charged in federal court on three counts of illegal possession of firearms. He had a loaded pistol in his possession when arrested in Independence, Missouri. The 40-year-old was a Chiefs’ 2006 second-round pick out of Oregon. He was released in 2008 and played in 2009 with the Cowboys and 2010 with the Seahawks.

Prosecutors say Siavii was spotted leaving a vehicle that was reported stolen. He fought officers before being restrained. Siavii was in possession of a gun, ammunition, methamphetamine and marijuana.

Siavii had been arrested twice before while in possession of illegal drugs and loaded firearms.