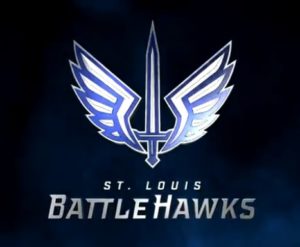 The XFL, the new football league that will begin play in February of 2020, announced all the team names and colors.  The St. Louis team will be called BattleHawks.