You are here: Home / Agriculture / Report: USDA might have broken law in transfer of two agencies to Kansas City

A report released says the U.S. Agriculture Department might have broken federal law in the transfer underway of two research agencies from Washington to Kansas City. In the review, the USDA’s inspector general says the department failed to get Congressional approval and questions whether it has the budgetary power to use appropriated funding to relocate. 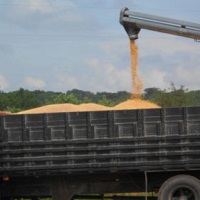 Report: USDA might have broken law in transfer of two agencies to Kansas City

The move includes more than 500 jobs for the Kansas City region. Some employees have reportedly already begun working in the western Missouri area and the USDA wants the entire transfer to wrap up by September 30.

The relocation has bipartisan support, including from Missouri Congressmen Emanuel Cleaver, a Democrat, and Sam Graves, a Republican.