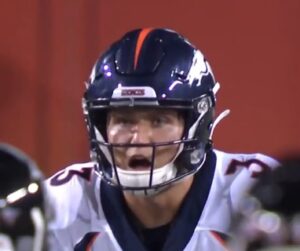 The Denver Broncos played the Atlanta Falcons in the NFL Hall of Fame game Thursday night in Canton, Ohio.  Drew Lock, the former Missouri Tiger from Lee’s Summit, made his pro debut completing 7-of-11 passes after misfiring on his first three attempts.

WATCH every play from Lock’s performance, courtesy of DenverBroncos.com

His head coach Vic Fangio was brutually honest. “I was hoping for more, but not surprised,” Fangio said. “He’s still got a lot of work to do. I thought his accuracy wasn’t clean all the time along with his reads, but that’s to be expected. We’ve got four more games and we’ve got to get him ready — more ready than he is right now.”