(NASCAR)—Denny Hamlin has won for the fifth time at Pocono International Raceway, leading a one-two-three finish by Joe Gibbs Racing. Teammates Erik Jones and Martin Truex, Jr., took the other podium spots. Jones recorded hit third straight top-three finish. He had been third the last two weeks in a row. 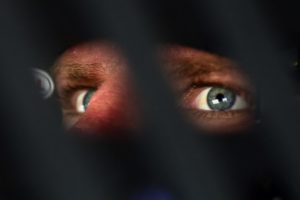 An “up and down day” for Clint Bowyer produced an 11th place finish but dropped him to within a point of falling out of the sixteen drivers who will run for the championship after just five more races. Bowyer ran in the top ten most of the day and was eighth when the caution came out with four laps to go. He dropped to eighteenth on the restart but another caution gave him a chance to hit the pits for four tires and fuel. He came out twentieth and raced his way to eleventh at the end.

(INDYCAR)—Scott Dixon, running on used-up tires, managed to hold off teammate Felix Rosenqvist to win at Mid-Ohio for the sixth time in his career. Rosenquist, who failed several times in the last couple of laps to get past Dixon, finished less than a tenth of a second behind, the third-closest finish ever for Indy cars on road or streets courses. .

Points leader Josef Newgarden became a late-race casualty while running fourth and trying to take third away from Ryan Hunter-Reay. Newgarden spun off the course with one lap to go and was still in his car as competitors streaked by on the last lap. The outcome has cut his points lead to just sixteen over Alexander Rossi. This year’s Indianapolis 500 winner, Simon Pagenaud, remains within striking distance, forth-seven points back. Dixon has closed to within sixty-two.

Next up for IndyCar: Watkins Glen.

(FORMULA 1)—It’s been called the most topsy-turvy race of the 2019 Grand Prix season: The German Grand Prix at Hockenheim was a disaster for the Mercedes team that has dominated the year, with defending F1 champion Lewis Hamilton not only not finishing on the podium but not even finishing in the top ten and teammate Valtteri Bottas not finishing at all.

Red Bull’s Max Verstappen got the win, enduring a wet track at the start and rain during the race. Ferrari’s Sebastian Vettel ran an epic race, driving from 20th at the start to second at the end. Russian Driver Daniil Kyvat picked up his third career podium finish with a third.

Hamilton jumped into the lead from the pole and was leading Bottas by five seconds within the first ten laps. But he spun a few laps later in the rain, damaging his front wing and forcing a pit stop for repairs. But his day got worse when he spun on the fiftieth lap. Bottas went into the barrier six laps later and was credited with a DNF.

Verstappen, meanwhile, had seized control of the race and won by more than seven seconds. Hamilton still has a strong points lead over Bottas going into the next F1 race next weekend in Hungary.

Previous Post: « Missourinet 5 p.m. Newscast for 7-26-2019
Next Post: Parson and Cleaver to meet to discuss Missouri flooding and infrastructure issues »