Harvick had won six races by this time last year. His win ends a 21-race streak without a visit to victory lane. 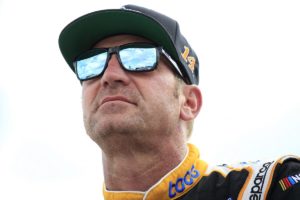 Bowyer, who once ran as high as third, tangled with Martin Truex, Jr., on a midrace restart, sustaining damage to the right side of his car. At one point he was as low as 29th but managed to get back to 20th.  The finish is the latest in an eight-race span where his finishes have been damaging to his points standings.  He has finished 20th or worse in six of those races.

He hopes for better fortunes next weekend at Pocono, a track where he has eleven top-ten finishes in 27 Cup races.

(IndyCar)—Josef Newgarden padded his points lead a little bit with a dominating with at the Iowa Speedway, holding off Scott Dixon at the finish line. Newgarden led 245 of the 300 laps on the banked 5/8 mile track. James Hinchcliffe got the other podium slot with Simon Pagenaud, Spencer Pigot, and Alexander Rossi next.

The win widens the gap between Newgarden and Rossi to 29 points.

The next race will be next weekend at Mid-Ohio.

(Formula 1)—Formula 1 was off this weekend. The season resumes with the German Grand Prix next Sunday.