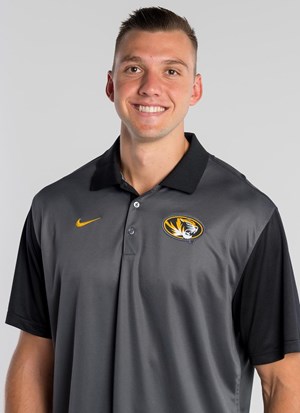 “Joshua Taylor enjoys tremendous respect among our student-athletes and staff, and is most-deserving of this opportunity to serve as Mizzou’s Interim Head Volleyball Coach for the 2019 season,” Sterk said. “He has played a critical role in Mizzou’s academic, on-court and recruiting success over the last three years, and I look forward to watching his team compete this fall. I believe that Joshua and Molly (Taylor) are an excellent husband-wife coaching duo, and that they will build upon our program’s proud tradition and successes.”

Taylor enters his third overall season on the Mizzou Volleyball coaching staff in 2019. Prior to his newly appointed role as interim head coach, Taylor served as the Tigers’ lead assistant coach and recruiting coordinator.

The husband and wife coaching duo have led the program since 2000. In 19 seasons, they won 413 matches. The Kreklow’s led the Tigers to 15 NCAA Tournaments and two SEC Championships