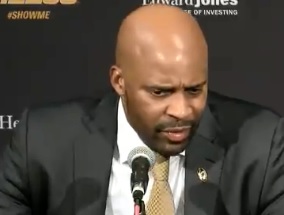 Mizzou will open the two-game, four-team event with a matchup against Butler on Monday, Nov. 25, at 6 p.m. (CT) on ESPNU. The Tigers will then face either Stanford or former Big 12 and Big Eight conference rival Oklahoma on Tuesday, Nov. 26. The consolation game tips off Tuesday at 6 p.m. (CT) with the championship game set for 8:30 p.m. (CT) on ESPN2. Mizzou is making its fourth appearance in the Hall of Fame Classic after competing in the event in 2015, 2011 and 2007.

Mizzou and Butler will meet for the seventh time in their program histories with the series knotted at 3-3. The two squads haven’t met since a 64-60 Tigers’ victory on Dec. 12, 1979, in Indianapolis. This will mark the first meeting on a neutral court. Mizzou is looking for its fourth consecutive victory in the series.

A potential matchup with Stanford would be Mizzou’s second meeting vs. the Cardinal in program history and first since a 78-70 victory at the Battle 4 Atlantis in 2012. Mizzou and Oklahoma have met 210 times in their series history, but haven’t faced off since 2014. Mizzou is 11-5 all-time vs. the Sooners on a neutral court.

Tickets for the Hall of Fame Classic games at the Sprint Center will be available beginning at 10 a.m. (CT) on Sept. 7 by visiting www.halloffameweekend.com, www.axs.com, by phone at 888-929-7849 or in person at Sprint Center Box Office.

The Hall of Fame Classic is the culminating event of college basketball’s Hall of Fame Weekend, which also includes the 14th-annual induction ceremony for the National Collegiate Basketball Hall of Fame. That event will take place on Sunday, Nov. 24, at the College Basketball Experience in Kansas City.