The National Park Service has diverted $2.5 million meant for park improvements to instead pay for President Donald Trump’s July 4th event. Trump says the celebration – called Salute to America – will be the “show of a lifetime.” 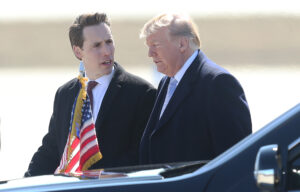 The bash will include military fly-overs, a speech from the president and a firework display that will be twice as long as in previous years.

Taxpayers will be paying more for the president’s appearance, military presence and security – not for the longer fireworks display or the fly-overs.

“This is something the capitol does every year and has for many decades,” Hawley said. “And my understanding is that presidents have been involved in this in the past, so I’m glad the president wants to participate and I’m glad that he wants to celebrate America.”

Democratic Presidential candidate Julian Castro says Trump is wasting money on funds that should be spent on things like addressing veteran homelessness. He says Trump is using the money for an ego boost and campaign fundraising.