(NASCAR)—Neither rain nor lightning nor high winds in Joliet, Illinois could keep 26-year old Alex Bowman from finally getting his first win in NASCAR’s premier series. Bowman, who had three straight second-place finishes earlier this year, led by 3.5 seconds in the closing phase of the race before Kyle Larson passed him with seven laps to go. Bowman rallied to take the lead back from Larson, trading some paint in the process, two laps later and beat Larson to the finish line by about half a second.

The race was red-flagged on the eleventh lap when heavy weather and lightning moved into the area. Fans were ordered out of the stands shortly before heavy rains drenched the track. The race was re-started after a delay of three-hours-18 minutes.   Byron, who said he was “just tired of running second,” called his victory ‘all I’ve wanted my whole life.”

His car had to be towed to victory lane, however, because he forgot the rain had soaked the infield and his car got stuck in the mud during the post-race burnout.

The victory automatically qualifies Bowman for the 16-driver playoffs that start in eight more races.

The day of sometime Missourian Clint Bowyer, who started the day 12th in points, became a disaster when a blown tire sent him sliding through the wet infield grass in the first stage of the race. Although he was able to avoid getting mired in the mud, the incident dropped him far back. A second flat tire made the day worse. He lost his brakes on the leader’s 189th lap and could not continue. He finished 37th in the 38-car field, leaving him 16th in the points standings, only fifteen points ahead of Erik Jones, who is the first driver outside the top sixteen.

(Formula1)—The Austrian Grand Prix has become the antidote for those concerned Formula 1 racing has become too boring. The youngest front row in F1 history (21-year old Charles Leclerc who became the youngest pole-winner in the sport’s history) and outside pole starter Max Verstappen (also 21, who became the youngest F1 winner three years ago at age 18) fought for the lead throughout the contest before Verstappen dove inside LeClerc on a tight turn with two laps left to take the lead.

Verstappen couldn’t hold his line on the outside, banged tires with Versappen, and briefly ran over the curb into the run-off area before regaining control.

Verstappen hung on for a 2.7 second victory.

Verstappen, who drives for Red Bull Racing, became the first non-Mercedes winner this year. The win also is the first win in the series for Honda since 2006.

Valtteri Bottas was third, the first Mercedes driver to finish. Sebastian Vettel got past Bottas’ teammate, Lewis Hamilton, late in the race to finish fourth. Hamilton’s fifth-place is the first time all year he has not finished first or second.

Race Stewards immediately took the finish under advisement, studying whether Verstappen’s pass for the lead was proper.

Red Bull team leader Christian Horner said stewards would be “stealing from Formula 1” if they took the win away from Verstappen. “This is just what Formula 1 needs, hard racing between two guys,” he said.

“Otherwise we have to stay home,” he said. “If those things are not allowed in racing, what is the point of being in F1?”

Formula 1 heads to Silverstone for the British Grand Prix in two weeks.

(INDYCAR)—How would you feel if you came face to face with yourself? Indianapolis 500 winner Simon Pagenaud was shocked when he saw a life-sized clay image of himself that will be reduced in size and placed in sterling silver on the Borg-Warner trophy with the faces of all winners of the 102 previous Indianapolis 500s. 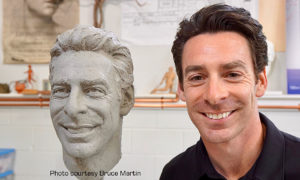 “It’s like seeing yourself looking at yourself,” he said. “It’s not like a photo where you either look okay or you look bad; this has expression. It’s like it is looking back at you.”

Overall, he said, “I’m ecstatic.” Sculptor William Benrends, who has created the faces for the trophy for thirty years, has a little tinkering to do with the details before Pagenaud’s face is put on the trophy. 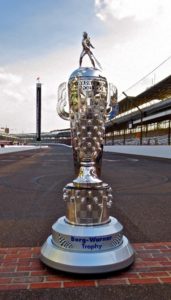 IndyCar was off this week. Pagenaud and his competitors will race on July 14 through the streets of Toronto.

Josef Newgarden leads the points standings. He has three victories this season.  Alexander Rossi and Pagenaud, with two wins each are 2-3 in the standings.