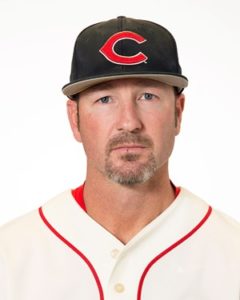 For the second time in the last four years, Central Missouri Mules Baseball Coach Kyle Crookes took his team to the NCAA Division II National Championship, and for that, Crookes earned the 2019 American Baseball Coaches Association (ABCA) Central Region Coach of the Year.

This is the second ABCA Regional Coach of the Year award for Crookes, also earning it in 2016. The Mules this season finished in third place nationally, going 3-2 at the National Championship, advancing to the semifinal round. UCM won 46 games during the season, the most in any one season in Crookes’ tenure.

During the season, the Mules picked up their 26th MIAA Regular Season Championship and 23rd MIAA Tournament Championship. They also won their 18th regional crown. The Mules had 11 named to the All-MIAA team, one at each position on the diamond, a starter and a relief pitcher.

The Mules 722 hits were the most in the country, as were their 62 double plays on defense. Webb led the Nation with 199 total bases and 26 doubles. Janvrin’s 114 hits were the most in all of the NCAA, Divisions I, II and III and set a new team record for hits in a season. Janvrin and Webb were 1-2 in Division II in total hits for the season.