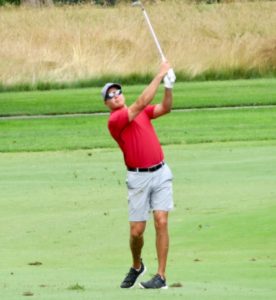 There will be two rounds of matches Friday with the Round of 32 in the morning followed by the Round of 16 in the afternoon. Tee times will begin at 8:00 tomorrow morning.

This year’s championship is being played at Hickory Hills Country Club in Springfield.