(IndyCar)—A new cockpit driver protection screen will be a feature in IndyCar in 2020.  Tests on the new cockpit protective system will be run for the rest of the year. 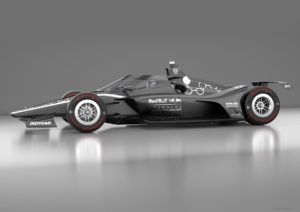 Red Bull Advance Technologies  is designing the new system that is something of a combination of the clear aeroscreen tested earlier and the Formula 1 “Halo” structure.  The goal is to protect drivers from injuries caused by debris from other crashes or from some severe crashes in which the driver is exposed in today’s designs.

The issue has been pursued with growing intensity since Indianapolis 500 champion Dan Wheldom was killed at Las Vegas when his car went airborne, cockpit first, into the catch fence.  James Hinchcliffe suffered a concussion in the Grand Prix of Indianapolis in 2014 when some debris from a crash hit his helmet.  Rising star Justin Wilson was killed at Pocono a year later when debris from a crash twelve cars in front of his struck him in the head.  Last year, when Robert Wickens was critically injured in a crash at Pocono, Ryan Hunter Ray escaped serious injuries when the catch fence threw Wickens’ car back onto the track inches over his cockpit. 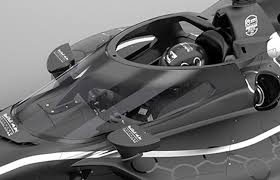 Tests before the current season using a Lexan windscreen developed by PPG Aerospace.  Test drivers who checked it out reported few problems in all lighting conditions but IndyCar felt additional development and testing was necessary.  The new design has been developed with Red Bull Advanced Technologies. 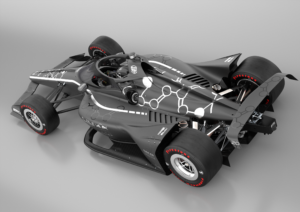 The new system will consist of a polycarbonate laminated screen with an anti-reflective coating and an anti-fogging device through an integral heating device. The device will mounted in a titanium framework mounted on the chassis centerline and at two points integrated with the car’s roll hoop structure, providing stronger structural load-bearing. Tests on the earlier system raised questions about cockpit cooling which will be dealt with by Dallara, the designer of the chassis that is common to all IndyCar racers, working in conjunction with Red Bull.

Designers say the new device should not impede driver entrance into the cockpit or extrication of the driver in the case of a crash.

During a press conference at the Indianapolis Motor Speedway announcing the development, three-time 500 winner Johnny Rutherford skeptically asked if the windscreen would cause problems for drivers if other cars developed serious oil leaks.  Officials say the new windscreens would have tear-offs that would remove the problem at a pit stop.  IndyCar President Jay Frye said afterward problems of the kind Rutherford referred to have not occurred for several years because of the durability of today’s racing engines.

(Le Mans, France)—The Le Mans 24-hour endurance race was the only show in major automobile racing this weekend and some names from IndyCar and NASCAR were part of that show.

The overall win went to the Toyota Hybrid shared by Fernando Alonso, who wins for the second time and still hopes to add the Indianapolis 500 to his victory list, Sebastien Buemi, and Kazuki Nakajima. Mike Conway, who has experience in IndyCar, was one of the three drivers of the Toyota that finished second and the third place car, a BR Engineering BR1, was co driven by Russian Mikhail Aleshin, another former IndyCar driver.

Sebastien Bourdais, who has four IndyCar championships, was part of the crew that drove the Ford GT entered by Chip Ganassi to 23rd overall, fourth in LMGT PRO class. Scott Dixon’s Ganassi Ford GTE was 25th overall, sixth in class.

Ganassi fielded four Ford GTs this year, finishing fourth, fifth, sixth, and seven in class. It was his final year of coordinating the factory-backed effort at Le Mans.

Kurt Busch, who drives one of Ganassi’s NASCAR cars spent the weekend at LeMans but did not compete.  Busch is in a one-year deal with Ganassi in the car that Jamie McMurray had last year.  He says he’d be open to another year in that car but otherwise he’s looking at his options for 2020 and does not rule out sports cars.  Busch is 41, one of the senior drivers on the NASCAR circuit, and admits his NASCAR career is getting short.  He has 30 wins in NASCAR cup races. Although winless this year, he has run strongly and is eighth in overall points. He’s one of only three NASCAR drivers to cross over for a try at drag racing; Richard Petty and John Andretti also tried it.  He has sampled major open-wheel racing, being named the Indianapolis 500 Rookie of the Year for finishing sixth in 2014